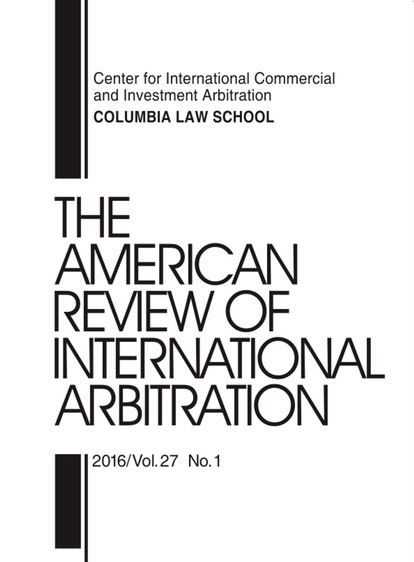 Frederick Acomb and Nick Jones recently co-authored The Insider Adversary in International Arbitration, for publication by The American Review of International Arbitration (ARIA), at Volume 27, No. 1 (2016).  ARIA is a quarterly academic journal that is run by faculty members at Columbia University Law School.  The editors are Columbia professors George Bermann and Robert Smit.  The publication is the most cited international arbitration law journal in the world.  The authors wish to thank Chip Brower for his invaluable comments during the drafting process.

Imagine that you are defending the respondent in an international arbitration administered by an institution headquartered in a distant country. The arbitrator is a lawyer at a prominent law firm there. Midway through the proceedings, claimant gives notice that it has appointed a new lawyer to its counsel team. The new lawyer is from the same country as the arbitrator and the institution. You review her curriculum vitae and are surprised to discover that she is the Vice-Chairperson of the very institution where the case is pending. You turn to the institution’s rules and discover that under certain circumstances she has the power to unilaterally select arbitrators to serve in proceedings administered by the institution.

You know your client, and this is something that he will want to know about. Before you reach for the phone you imagine the range of possible reactions from him:

You scour the institution’s rules for anything that would have put you on notice that the Vice-Chairperson might be allowed to serve as counsel for claimant. Once you are satisfied that the rules contain no such suggestion, you pick up the phone and call your client.

It is left to you to explain that challenging the appointment of the arbitrator would likely achieve nothing inasmuch as this is an institutional conflict in which any arbitrator appointed by the institution would have the same conflict. Your client is left with three options: (1) waive the conflict; (2) challenge the Vice-Chairperson’s ability to serve as claimant’s counsel; or (3) seek to even the playing field by retaining some other high-ranking institutional insider to serve as his counsel.

This fact pattern is not purely hypothetical. It is based on facts taken from an international arbitration recently defended by one of the authors. In that case the respondent challenged the propriety of the institutional insider serving as counsel for claimant. The insider declined to voluntarily withdraw and the arbitrator declined to direct him to do so. For the remainder of the arbitration as far as the respondent was concerned the arbitration institution was sitting at counsel table for his adversary. Although the respondent ultimately won the majority of the case on a summary basis, he continues to believe that the entire process was tainted.

This article begins with the unremarkable assertion that ethical lapses undermine the perceived legitimacy of the arbitral process. It then asserts that institutional double-hatting of the sort described in the above fact pattern opens the door to judicial scrutiny in annulment and enforcement proceedings. Finally, the article concludes by asserting that institutions must either regulate double- hatting by preventing officials with significant appointment power from serving as party counsel, or they must structure their appointment mechanisms in a way that diffuses the power of appointment such that no single official possesses unilateral or even substantial influence over appointments.

Click here to read the rest of the article.

iThere are no comments

Begin typing your search above and press return to search. Press Esc to cancel.